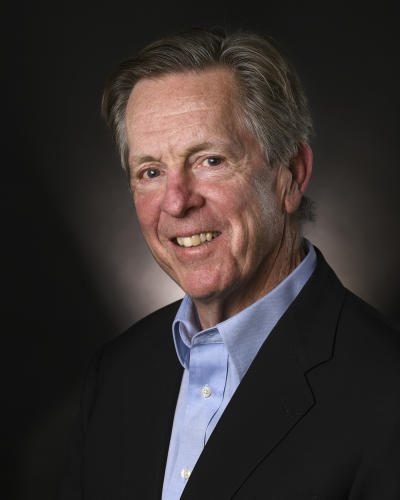 Chair of The Super Bowl Committee 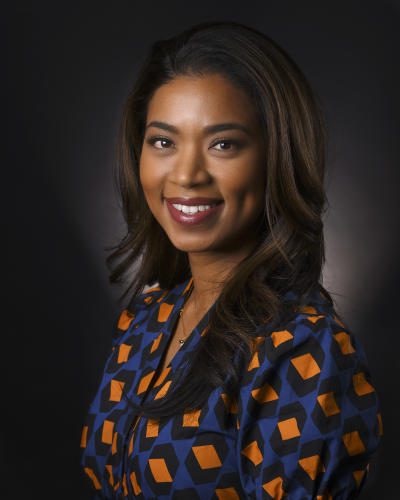 Vice Chair of the Host Committee 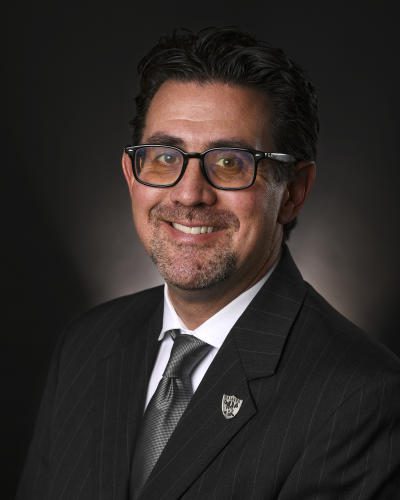 Chief Operations and Analytics Officer of the Las Vegas Raiders

Jeremy Aguero is the Chief Operations and Analytics Officer of the Las Vegas Raiders. Aguero joined the Raiders this fall and oversees Allegiant Stadium, operational analytics, community relations, government affairs and facilities for the Team. Prior to joining the Raiders, Aguero spent 24 years as a principal analyst with Applied Analysis, the region’s leading economic, fiscal and policy research firm. A fourth-generation Las Vegas resident, Aguero has deep roots in the community and has been recognized for his efforts and leadership in economic development, education, fiscal policy, and social responsibility. Aguero holds degrees from the University of Nevada, Las Vegas and the William S. Boyd School of Law. 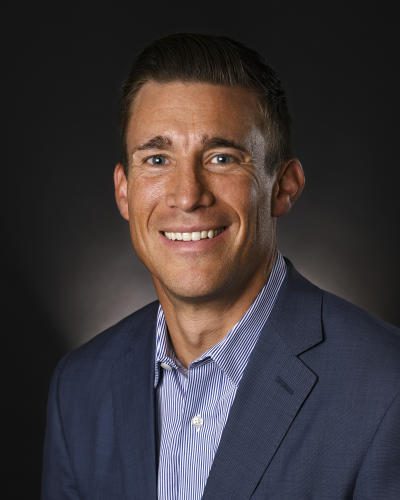 Anthony Carano is President and Chief Operating Officer of Caesars Entertainment. Prior to the acquisition, he served as President and Chief Operating Officer of Eldorado Resorts,Inc. As the grandson of Don Carano, the founder and patriarch of Eldorado Resorts, Anthony is proud to carry on the family legacy. He continues to be a champion of the philosophy started by his grandfather – to treat every guest and team member like family.

Before joining the Eldorado team, Mr. Carano was an attorney at the Nevada law firm of McDonald Carano Wilson, LLP. His practice was primarily devoted to transactional, gaming and regulatory law. In September 2014, he joined Eldorado Resorts as Executive Vice President, General Counsel and Secretary of the Company. In May 2017, he was named the Chief Operation Officer of Eldorado Resorts, Inc.

In addition to his role at Caesars Entertainment, Mr. Carano serves on the Board of Directors for the University of Nevada Athletic Association. 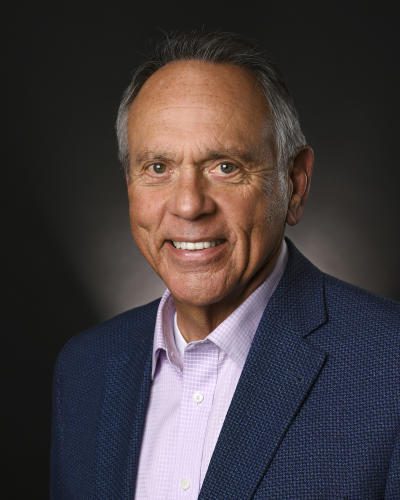 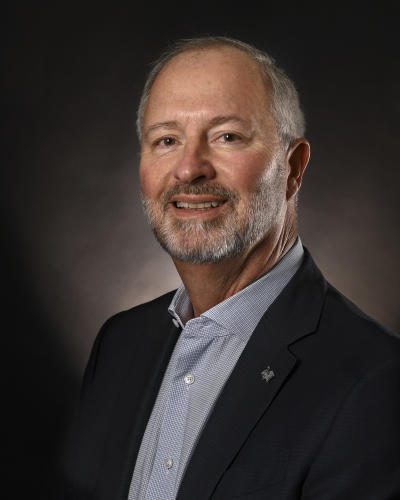 Under Mr. Hill’s leadership, the LVCC recently debuted its $1billion expansion as well as completion of the Convention Center Loop, a first-of-its kind underground transportation system in partnership with Elon Musk’s The Boring Company. The convention center expansion added 1.4 million additional square feet of exhibition and meeting space to the existing campus for a total of 4.6 million square feet throughout the entire facility.

Mr. Hill owned Silver State Materials from 1987 until its purchase by CalPortland in 2008 where he served as Senior Vice President until 2011. He was then appointed director of the newly established Governor’s Office of Economic Development (GOED) by Governor Brian Sandoval where during his tenure he lured numerous businesses to the state, including Tesla, Apple, and HyperloopOne. 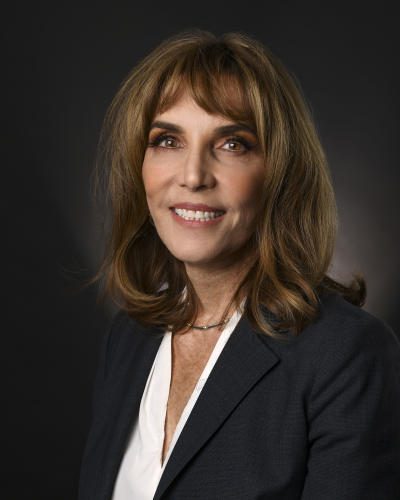 Ms. Valentine is the President and CEO of the Nevada Resort Association, a position she has held for more than a decade. The Resort Association is an industry trade association representing Nevada’s resort/gaming industry. The Association advocates for the industry on state and local government regulations and policies affecting gaming.

Ms. Valentine formerly served as the chief executive officer for Clark County, Nevada. Clark County is the nation’s 13th largest county and home to the famous Las Vegas Strip. The County provides extensive regional services and municipal services to more than 2.3 million residents and more than 45.6 million visitors a year. In her position as the County’s chief executive officer, she provided administrative oversight for 38 diverse and geographically dispersed departments and agencies, including Harry Reid International Airport, University Medical Center of Southern Nevada and the Clark County Water Reclamation District.

Ms. Valentine has a distinguished career that includes serving as the city manager for the City of Las Vegas during a time of rapid growth. She was a senior vice president of Post, Buckley, Schuh & Jernigan, (PBSJ) a national consulting engineering firm (now known as Atkins) where she oversaw the public works and environmental divisions in the western region. Ms. Valentine also has the distinction of being the first chief engineer and general manager of the Clark County Regional Flood Control District. She began her career as a consulting engineer in the private sector and is a registered professional engineer.

Ms. Valentine serves on many boards and committees representing Nevada’s largest industry and is an active board member of several nonprofit organizations focused on education, youth and children’s services. She has received many accolades and awards throughout her career, including being named one of the “50 Most Influential People in Southern Nevada.” She holds a bachelors of science degree in civil engineering from the University of Idaho and a masters of public administration from the University of Nevada Las Vegas. 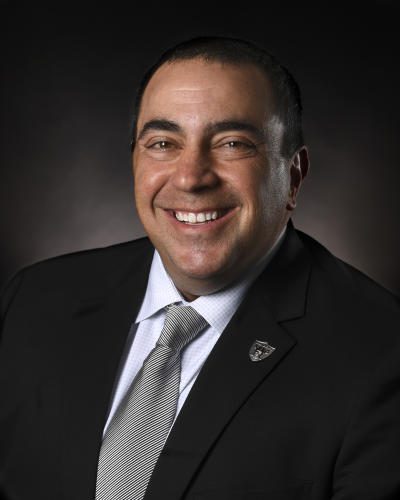 President of the Las Vegas Raiders

Dan Ventrelle serves as President of the Las Vegas Raiders, a position he has held since July, 2021. In his 18 years with the Raiders, he has played a key role in the organization’s most significant milestones, including the move to Las Vegas from Oakland.

Prior to serving as President, Ventrelle was the Executive Vice President & General Counsel of the Raiders, negotiating player and coaching contracts, drafting the club’s business and football agreements, and managing all compliance matters with the National Football League. He was instrumental in negotiating all aspects of the team’s move to Las Vegas in 2020, including the stadium legislation, establishment of the Las Vegas Stadium Authority, the Community Benefits Plan, creation of the Community Benefits Oversight Committee, the stadium lease agreements, and all of the development and construction agreements related to Allegiant Stadium.

As President, Ventrelle has worked to embed the Raiders organization in the Las Vegas community, championing issues such as the Raiders’ vaccine verification project and bringing the high school state championship football games to Allegiant Stadium. He serves on the board of the Raiders Foundation, furthering its mission to support active military and veterans and youth development. He also serves on the board of Catholic Charities of Southern Nevada.

Ventrelle holds degrees from the University of Notre Dame and the University of Michigan Law School. Prior to joining the Raiders full time, he served as outside counsel to the club at Howard Rice Nemerovski Canady Falk & Rabkin in San Francisco. Ventrelle is originally from West Chicago, Illinois. He and his wife, Chrissa, have three children: Drew, Brooke, and Ryan. 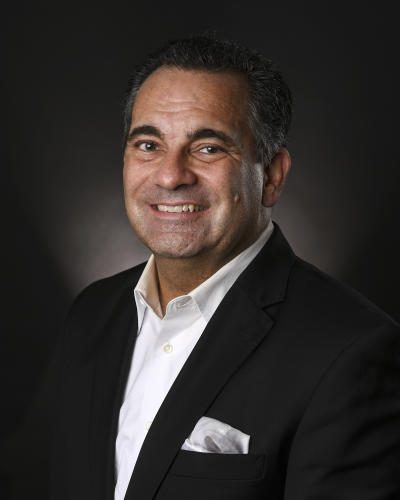 Prior to taking this role, Mr. Zanella served as President & COO of CityCenter, which includes Aria Resort & Casino and Vdara Hotel & Spa, where he oversaw daily operations and provided strategic direction for the ultra-luxury resorts.

Mr. Zanella previously held the position of President & Chief Operating Officer of MGM Grand Detroit where he was responsible for the day-to-day operations of one of the most dynamic resorts in the region. In addition to overseeing all resort operations and guiding the property’s strategic direction, he cultivated MGM Grand Detroit’s guest service culture and fostered open communication and teamwork within the property and across the company.

A veteran of the hospitality industry with more than 30 years of experience, he joined MGM Resorts in 1991 as a participant in the Management Associate Program, which is a hands-on training curriculum for college graduates. In his tenure with the company, Mr. Zanella has also served as Senior Vice President of Marketing for MGM Grand Las Vegas, Vice President of Slots at Beau Rivage, Director of Slot Marketing and Player Development also at Beau Rivage and Domestic Marketing Administrator for Table Games Marketing at The Mirage. 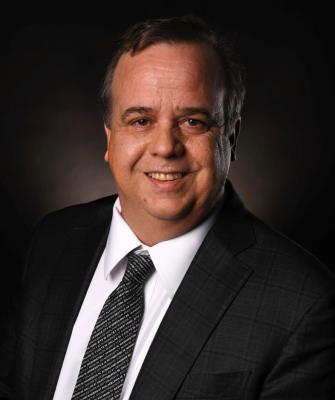 Joffray began his work with the National Football League and New Orleans Super Bowl Host Committee in 1997, as the city began preparations to host Super Bowl XXXI. Since that time, he has coordinated media and communications efforts in the Super Bowl Media Center as an NFL vendor for the past 25 consecutive Super Bowls.

After joining the Greater New Orleans Sports Foundation staff in 2000, Joffray coordinated all communications efforts for the organization and the events it hosted. As Senior Vice President, he handled event development for the organization; managing competitive bid processes that attracted sporting events of all sizes to the City of New Orleans, including multiple Super Bowls, Final Fours, NBA All Star Games and WrestleManias. In the hosting those events and many others, Joffray held multiple event operations titles, in addition to serving as the Associate Executive Director for the 2013 Super Bowl Host Committee, and leading the Host Committees for WrestleMania XXX in 2014, and WrestleMania 34 in 2018.After helping the LVCVA coordinate the bid to host Super Bowl LVIII, Joffray immediately accepted the role of Executive Director of the Las Vegas Super Bowl Host Committee, where he will oversee the day-to-day operations of the Host Committee between now and 2024.

This website uses cookies to improve your experience. If you continue to use this site, you agree with it.